Menu
February 17, 2021, Barnaul, Russia: Google home smart control of light and heating in the apartment through the app on your smartphone.

The Broadcast feature and Family Bell got a lot more functional. Language support is much more inclusive, new stories are great, and of course, more games, which is always a plus!

Do more with the broadcast feature.

Google is constantly improving its helpful Assistant service, and now several solutions could be beneficial for families. The company hopes that this will encourage conversations between family members.

With the Broadcast feature, Google Assistant allows you to send messages to people at home through your phone or any other google enabled device.

Google Family Group is a way to unite all family members using devices with Google Assistant.

Uniting the family group and the broadcast feature has created the possibility of communicating with all users at the same time through the digital help service.

For example, a dinner invitation can be sent to everyone in time with a simple voice message. All family members will know that they are expected home for dinner. It is even possible to discuss what to have for dinner in advance because everyone in the family group will see the messages.

Last year, Google released Family Bell within Assistant, and now it has been expanded with new features. Family Bell is a way for family members to set up messages and alerts for each other to don't miss important things.

Previously, you could stop the signal by saying the command “Hey Google,” but this will be simplified. You'll just have to say “stop,” and the signal will stop immediately.

Until now, the Family Bell feature was only available in English, but that will all change in the coming weeks. Google is expanding support for this family enhancement, adding eight new languages.

And for family users, the range of stories and games available through Google Assistant is also expanded.

The new content will be accessible through Smart Display devices and mobile phones! New stories will be coming soon to Harry Potter and the Who Was? series. And if you are into quiz games, you'll be happy to hear that “Are you smarter than a fifth-grader?” is also available.

Remember that catchy handwashing song? There are some new songs that will help children learn the basics like cleaning up after themselves, brushing their teeth, and going to bed on time.

The updates will be rolled out gradually over the coming weeks. With this in mind, the company is also working on improvements that are not just for kids and families, so yeah, “Hey Google” will be able to do a lot more soon. 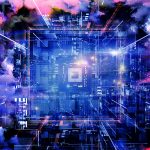 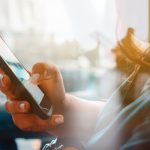