At the recent Google I/O conference, the search giant unveils a series of new features, including a password-changing solution for Chrome, notable for its security and convenience.

With the new feature, if Chrome's built-in password manager detects that passwords used on certain websites may have been leaked, Google will automatically offer a quick replacement when you access the page.

The update can be completed with a few taps, and the newly-entered password will now be included in the saved log-in IDs.

The new feature is powered by Google Duplex, which was introduced in 2018 and can even book appointments for users.

Still, it's commendable that the feature is being made natively available in Chrome. Within the first wave of the release for US users alone, the search giant promises that it will be available “more widely” in the coming months.

An alternative to the built-in password manager in Android, Chrome has also announced that they will import data from third-party password apps and automatically check if your password has been exposed. 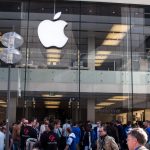