The silicon maker Arm will continue with its earlier plan to phase out its 32-bit processors and focus on the 64-bit architecture, which promises a significant speed increase and better overall user experience.

The most exciting member of the new Armv9 series is the Cortex-X2 CPU, which shows improvements in performance and security.

It remains to be seen whether any of the new CPUs and GPUs will match Apple's new M1-based CPU offerings, but the numbers are encouraging.

Pairing an A710 CPU with a Mali G710 GPU can boost performance to about 30% with about 15% less power consumption. The X2's processing power can beat the 15W Intel i5-1135G7 laptop CPU by about 40%. It has nearly doubled its L3 cache size and started using DSU-110 technology.

The Mali-710 chip takes the cake, being 20% faster, more energy-efficient than its rivals, and promising 35% better at machine learning performance.

The G-710 will be primarily used on Chromebooks and more powerful phones, along with the G-610, while the G-510 will power midrange products, such as smart TVs and set-top boxes.
And the lower-end G-310 promises a 4.5x Vulkan performance improvement resulting in a much faster Android interface.

There you have it; with all of these new features and enhancements, the new Armv9 processors will offer comprehensive and holistic computing solutions across a broad range of markets. 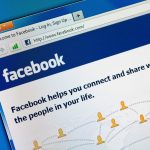 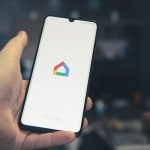