The AMD Ryzen family of desktop and notebook processors is rapidly being updated. As of the last report, the 6000 series of processors are currently in production. However, several short announcements have shown up on the company's Twitter page announcing the update of the current generation, the Ryzen 5000 family.

This time, for whatever reason, there was no innovation in terms of performance, main technical features, or design, as the B2 revision number is almost identical to the previous versions in every respect. In turn, simplifying the mass production and logistics for AMD enables them to release and sell more of these chips as part of different configurations or as standalone products in the future.

Motherboard manufacturers have been quick to update the compatibility list of AM4 socket boards to avoid confusion, and these lists also show the features we know so far.

Shortly after, another news appeared on the web, but it was about the expected release of the Ryzen 7000 series, its debut. On the official page of HP, a well-known name and a major market player, some desktop all-in-one configurations already list these chips as part of the configuration, which immediately started speculation about the likely leapfrogging of the 6000 series. However, it soon became apparent that the mistake was a typographical error. The site found several similar errors, such as mentioning SSE drives as a critical component instead of SSDs. Therefore, the Ryzen 7000 will not be released in early 2022; it is more likely that AMD will stick to the current plan and release the Ryzen 6000 instead, probably next year. 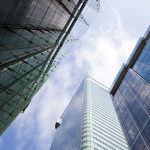 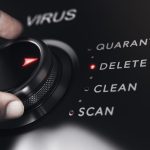