Multiple leaks indicate Windows 11 (or not) will be unveiled at the upcoming Microsoft event.

Microsoft has been teasing a system update called Sun Valley for some time now. According to leaked details and official announcements, the update will bring the most significant change since Windows 10.

Although Microsoft has not yet provided any details, it has revealed that it is planning a major online event on Jun 24th, focusing on Windows and the operating system's future. There is a high chance that this will be the big reveal.

The mysterious advertisement is made even more interesting by a preview shared on Twitter, which shows a slightly modified version of the well-known Windows logo. You can see the sun pass in front of the window, and the number 11 projected onto the floor.

Join us June 24th at 11 am ET for the #MicrosoftEvent to see what’s next. https://t.co/kSQYIDZSyi pic.twitter.com/Emb5GPHOf0

Anyone who wants to follow the big announcement can do so live on Jun 24th from 5 pm local time. 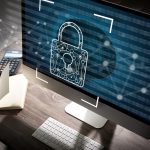