A young hacker in the UK was sentenced to two years in prison for launching DDoS attacks against high-profile companies and selling hacking tools in the dark web.

The 21-year-old youngster from Liverpool orchestrated coordinated attacks against some well-known brands including Google and Skype. The hacker ran a massive botnet with about seven thousand infected computers, which were used for dozens of DDoS (Distributed Denial-of-Service) attacks.

The botnet bombarded the targets with fake requests, which quickly overwhelmed their servers and blocked legitimate traffic to reach them on time. According to the police, the army of infected computers has attacked more than a hundred companies. In some cases, they only caused service interruption, but in other instances, they stole login details and used the compromised PCs to distribute malware.

But the charges don't end up there; he also made about $700,000 by selling malicious software and hacking tools on the dark web. However, he won't be able to spend the money since the young hacker was found guilty of ten counts of various cybercrimes and money laundering. 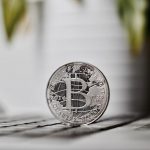 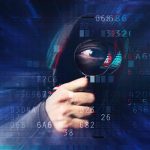