Every month, ESET compiles the most dangerous computer viruses worldwide to find out what malware is most likely to endanger users' computers.

The latest list shows a new kind of virus is leading in the last few weeks.

#1 JS/CoinMiner Trojans at the top of the podium, it is malicious a script that can be used to mining cryptocurrencies without the user knowledge.

This new generation malware is capable of using the resources of the victim's computer to mine Feathercoin, Litecoin or Monero secretly, and as a result of a large number of affected users, attackers can earn significant revenue.

By infecting websites, it is easier to reach many users than to infect victims' machines one at a time.

The victim's machine gets infected by the fact that the pc is noticeably slower than usual and its cooling fans are louder even if the user himself does not use any programs and seems to have closed everything.

#2 Win64/CoinMiner which is another dangerous cryptocurrency miner; it operates very similar to the JS/CoinMiner

#3 DoublePulsar which is a backdoor implant tool initially developed by the NSA that was leaked by The Shadow Brokers in early 2017. It's is a Trojan horse that opens a backdoor on the compromised computer.

#5 JS/ProxyChanger is a trojan that prevents access to some websites and reroutes traffic to specific IP addresses. The trojan may redirect users to the hacker's sites.

#6 JS/Adware.AztecMedia is also doing a very similar activity, as it is an adware application designed to display unwanted ads.

#7 Is the JS/Redirector trojan. It displays false alerts on the infected computer's browser. Its pure purpose is to redirect users to real looking counterfeit websites, while opening a backdoor on the attacked machine, attempting to connect to a different site and download additional malicious code.

#8 is the JS/Chromex.Submelius's trojans redirecting users to malicious software websites through the user's browser, and in many cases, they can be seen as a fake Chrome browser add-on.

#9 is the Win32/Bundpil worm spreads over portable external media. It can also cause real damage, removing * .exe, * .vbs, * .pif, * .cmd and removing backup files from our drives. It also attempts to download additional malicious components through an HTTP protocol and then run it from an external URL address.

#10 is the HTML/FakeAlert which is another sneaky trojan that displays dialogs within the web browser with notices about possible threats detected on the compromised computer that need to be scanned and removed. These warnings/threats are fake.

There you have it the top 10 nastiest malware out in the wild today. Go ahead path your computer and stay safe. 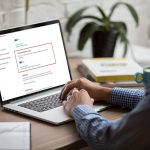