According to the National Cyber Security Alliance, Malware Security Threats top the list of cybersecurity threats.

Average Internet users get deceived into downloading seemingly innocent software programs but are unaware that they are strapped with viruses, one subcategory that falls under a broader category called malware.

Malware can be difficult to remove, especially if you are trying to do this yourself. It can still be hard to remove even if you call an IT support hotline for assistance. Several hours later you may be lucky enough to eliminate the software program or maybe not.

Cybercriminals like to take control of an individual computer by using malware to control it remotely. They do this through a unique network called a bot network.

This bot network allows them to carry out sophisticated website attacks, hack computer networks and commit heinous financial crimes right under a computer users nose. A bot network a group of many individual computers that have been compromised and are now owned or controlled by the perpetrator of the botnet.

Linda McCarthy, a cybersecurity expert that was the former senior director of Internet safety at Symantec, states that one of the most common ways malware spreads is through social networks like Facebook, Twitter, and Pinterest. People find it much easier to share things that look like your family or friends recommended them.

The temptation to click the link even though it looks suspicious is sometimes too hard to overcome if you want to believe your friend Bill sent it to you.

Although Social networks put safeguards in place to prevent malware attacks, you are still responsible for using good judgment and acting as the first line of defense to protect yourself.

Next week, we'll take a look at another critical cybersecurity threat: Unsecured Networks 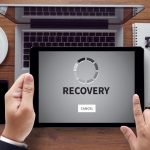