A recent article on IEEE Spectrum highlights that Apple has generated record revenues of 9.1 billion dollars by increasing Mac sales by 70 percent in a year.

More than half of the Macs sold this year were equipped with the new M1 processor, which is a significant achievement since it was launched last November.

The company has managed to get its gross margin above 40 percent for the first time because it's cheaper to produce than Intel's chip.

Although proprietary chips have been showing favorable growth, the future looks even brighter thanks to recent advancements in technology. Analysts predict that proprietary chips will continue to thrive and, as a result, company profits will see an increase.

The design of the more powerful M1X and the second-generation chip, the M2, is also in the final stages.

But Apple's march may not only be worrying for its direct competitors. Since Apple has released the M1 processor, Intel has desperately tried to demonstrate to the public that it offers better chips than Apple. Intel is aware of the problems and the threat coming from ARM processors.

But Apple is just getting started; the Cupertino-based company has been consciously building up its processor research division over the past decade. Which, combined with TSMC's cutting-edge manufacturing technology, produces some very robust chips year after year. 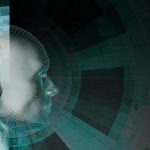