Seagate has proudly unveiled the world's fastest hard disk drive to date. The Mach.2 Exos 2X14 model for data centers can theoretically read and write speeds of up to 524 MB/s, which is very close to the rates typically seen on SSDs using SATA interfaces.

Seagate performed the trick by building two hard drives into the body of a single drive. The total capacity of the Mach.2 Exos 2X14 is 14 TB, so it's most likely two 7TB backplanes, which are managed separately by the operating systems.

Seagate did not talk about random read and write speeds, but the new product is certainly capable of the usual speeds for HDDs in this area.

Developed in partnership with Microsoft, the storage uses a 3.5-inch design and 12Gb/s SAS physical interface, with hard drives that spin at 7200 rpm. It is currently only available to selected customers but will be open to the public in the upcoming weeks.

I wonder what they'll come up with next!

Some people think this is not exactly going to revolutionize the hard drive market. However, it's still fascinating to see that there is still a place for genuine innovation in one of the oldest technologies in computing. 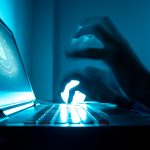 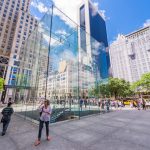