Although it's only been a few weeks since Microsoft released the final version of Windows 11, the company is already preparing to release another version of the new operating system.

Windows 11 SE is a “stripped-down” adaptation of Windows 11 designed for laptops with weaker hardware.

The new version of the OS could be another one in a series of Windows RTs. Microsoft is trying to break into the market for low-cost portable devices to compete with Chromebooks. Unfortunately, Microsoft has scrapped several of these lighter versions, often after years of development – most recently, Windows 10X.

Microsoft is targeting Windows 11 SE, specifically at cheaper laptops in the education space. They may announce it before the end of the year, along with a private label laptop.

Developed under the codename “Tenjin” and called “Laptop SE,” the device will have a Celeron N4120 processor with 8 gigabytes of memory.
The dimensions of the screen will be only 11.6 inches, with 1366×768 pixels in resolution. The device's casing most likely is plastic, and there will be only a few ports.

At the same time, these low-end laptops will also be affordable for a wide range of people, with a starting price under $400, which looks to be a good deal considering that it is a Microsoft-branded product. 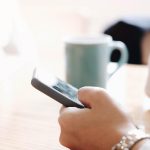 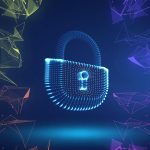