According to an article in the South China Morning Post, China has significantly increased its domestic chip production. It shows that nearly 30 billion chips were produced in China in May alone, rising 37.6% compared to last year. China has made 139 billion different semiconductors this year, a 48.3 percent jump compared to the first five months of 2020.

Although the growth is significant, the vast majority of this is thanks to foreign firms. China is home to several larger chipmakers, led by important players such as Samsung, SK Hynix, and Intel. They produce mainly different types of memories, DRAM and NAND chips in their Chinese plants, while domestic manufacturers are also trying to increase their production.

SMIC (Semiconductor Manufacturing International Corp) is one of the most significant players. However, the manufacturer is significantly behind in technology, as its most advanced process is currently 14 nanometers wide, which allows it to produce a maximum of 55,000 wafers per month.

The company is building a new plant for its 14 nanometre and above technologies, capable of processing up to 70,000 wafers per month, which will cost an estimated $10 billion.

Based on a report by the Chinese organization SEMI (Semiconductor Equipment and Materials International) a few years ago, the country imports a total of roughly USD 250-300 billion worth of semiconductors per year, which is more than the value of China's oil imports per year.

According to the latest figures, China was forced to import 260 billion chips in the first five months of 2021, a 30% increase compared to the same period last year. 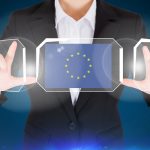