325 Million Dollars worth of cryptocurrency has been stolen by hackers who compromised the Wormhole platform.

It was the fourth-largest robbery in the history of decentralized finance providers, and the owner had to pay for the damage.

Proving that you can't be too careful when it comes to cryptocurrencies, one of the largest decentralized blockchain-based financial platforms, Wormhole, was hacked recently, causing $325 million in damage to users.

DeFi providers like Wormhole enable borrowers and lenders to connect directly, facilitating complex financial transactions such as lending with cryptocurrencies. This innovative technology offers a more efficient and secure way of conducting financial transactions than traditional banking systems. In theory, this would be a significant advantage of blockchain technology, as it enables transactions without an intermediary bank.

However, security vulnerabilities continue to plague the De-Fi space, with nearly $3 billion in crypto assets stolen from various platforms in recent years.

The recent hack of Wormhole is the fourth largest in the history of decentralized service providers. The previous record was held by PolyNetwork, which was robbed of $611 million in cryptocurrency last August.

In the case of Wormhole, the perpetrator made off with 120,000 wETH altcoins. However, PolyNetwork managed to get the money back by setting a “bug bounty,” i.e., offering a financial incentive for the perpetrator to return the stolen assets and reveal his methods.

Wormhole has tried to do the same, but the thief has not responded to the $10 million offer. It is unclear whether or not the thief is even aware of the bounty.

Finally, the platform owner, Jump Crypto, was forced to step in and compensate the affected parties. They did so reluctantly, of course, as the $325 million heists would have likely put Wormhole out of business. 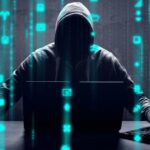