Oracle has released a patch for a critical security vulnerability in its software products. The patch addresses several critical vulnerabilities that could pose a severe threat to users.

Oracle has not been stingy with updates this quarter, reporting 520 security vulnerabilities. However, it's not just the high number of vulnerabilities but also the number of those representing significant risks to affected systems.

The company announced that it had eliminated approximately 300 security vulnerabilities that could be exploited remotely without prior authentication. Of these, a total of 75 were classified as critically dangerous. 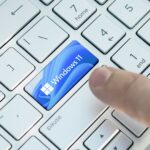