We all know those classic spy films with hidden cameras and microphones. But unfortunately, these tools are now being used virtually everywhere: from rented vacation apartments to the most expensive hotel rooms, from our offices to the gym, and even lurking in our own homes. It's no surprise then that the question arises of how do we catch these sneaky devices?

Experts are continuously striving to provide simple solutions for travelers. For example, Singapore researchers have developed a new method that helps people detect hidden cameras in their surroundings.

A new method is the LAPD or Laser-Assisted Photography Detection, also known as laser imaging. The new technology is based on the ToF sensor or ToF camera, used for mobile features like face detection, facial expressions, or special effects.

A team of LAPD researchers has found that the ToF sensor technology, based on laser light, can search for cameras that are not visible to the naked eye. This is because the incoming light is reflected off the lens, making it finally possible to identify illegal devices. Furthermore, by tweaking the technology, the LAPD app's developers have created features that inform us about optimal search ranges, filter out irrelevant data, and lower the percentage of false positives.

Unfortunately, despite the fantastic results, we will not be seeing the LAPD app anytime soon on the App Store or Google Play. However, security experts have identified several methods that we can use to find hidden spycams:

While we can't stop people from using hidden cameras and microphones, we can take steps to protect ourselves from being spied on. Using a few simple techniques, we can detect and catch these devices before they cause any damage. 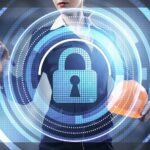 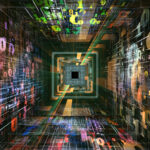