Attention, hackers have planted a dangerous virus in the most popular Windows activation bypass
software KMSPico.

A security company recently released a statement that individuals who use pirated versions of Windows to bypass Office activation illegally may be infected with Cryptobot.

It has been reported that an infected version of a tool called KMSPico has gone into circulation, in which hackers hide the malware Cryptobot.

Cryptobot was explicitly developed to steal login credentials and crypto wallets, trying to obtain the data in question in several ways. First, this malware program is uploaded to the user's computer by installing the illegal activator.

It will start monitoring the communications of several browsers such as Chrome, Opera, Avast Secure Browser, and crypto wallet management applications and pass the information it collects to its hosts.

Having illegal software can end up costing people way more than what they are supposed to pay. They can end up spending hundreds and even thousands of dollars by using pirated software instead of buying a legit license.

The security firm notes that most antivirus software can't yet detect the malware, as it uses advanced encryption techniques to hide its payload, and it is unlikely that Microsoft or other antivirus vendors will catch the malicious coding anytime soon.

The bottom line is, stay away from KMSPico and don't use pirated software. 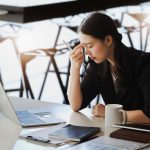 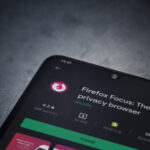