Welcome to Strategic Cybersecurity, Module 15. In this final module of the course, we will look at some topics for your future consideration.

By this point, you have surely realized that not only is the nature of cybersecurity technical, with cyberspace comprising a network of zeros and ones, but it also incorporates multiple disciplines from the areas of social science, humanities, and education.

Cybersecurity analysis, whether in the public or the private sector, must be interdisciplinary if we have any hope of mitigating adversarial threats. As an example, an employee who understands Chinese domestic policy can help illuminate specific types of technologies that the Chinese government is interested in developing.

This can then assist U.S. cyber analysts in identifying and protecting those technologies on our own networks.

Put simply, knowing where our adversaries may be looking for proprietary information allows us to better protect it. Rosenzweig notes that “no defense will ever be 100% perfect.” However, taking a holistic interdisciplinary approach to the cybersecurity problem will certainly lower our vulnerabilities.

Of course, protecting proprietary information from adversaries is not our only concern. Some countries are less concerned with acquiring sensitive data than they are with destroying that data in response to perceived diplomatic slight.

North Korea is a prime example of such a country, and its threat to the United States will likely only increase. Geers points out in his book Strategic Cyber Security that “Each year, 100 male students as young as “eight years old are chosen to attend “the Kumsong Computer School, where the curriculum consists of computer programming in English.”

These students spend years honing their skills to compete for valuable spots in sophisticated training programs, and top graduates are then selected for a government-operated hacking unit to develop cyber terror operations. Certainly, the United States is a prime target for such operations.

A third audience of concern is our adversaries who use Internet technology to spread fake news in an attempt to sow chaos in our political system. Evidence of this is easily found in a National Intelligence Council report, assessing Russian Activities and Intentions in Recent US Elections.

The first sentence of the report's key judgments reads:

“Russian efforts to influence the 2016 US presidential election represent the most recent expression of Moscow's longstanding desire to undermine the US-led liberal democratic order, but these activities demonstrate a significant escalation in directness, level of activity, and scope of effort compared to previous operations.”

For anyone desiring a glimpse into the future of cyber warfare, this is it, and such assaults on our democracy will undoubtedly continue with increasing sophistication.

You have likely read about social media group pages that Russia created to stoke polarization in the United States just before the 2016 presidential election.

Although debate lingers about the effectiveness of those ads in influencing voters, advances in technology will make it difficult to identify what is fake news and even to detect if someone's spoken words are really their own.

The technology breaks a speaker's lip movements into individual pixels as words are formed, and creates a database of these movements, thus allowing the generation of fake words.

Researchers at the University of Washington have combined this technology with existing voice impression capabilities to produce fake speeches by President Obama. Thus, we are facing the issue of not only fake news but also fake utterances. In the future, we may not be able to rely on our own eyes and ears to make judgments about political candidates.

How do we address such concerns? Being aware that they exist is essential. The National Intelligence Council report just mentioned assessed that

Russia's operation to sow political disorder in our country, and in others, is by no means finished. If this course, with its overview of many topics relevant to the field of strategic cybersecurity, has better prepared you for the next information attack by Russia or other adversaries, it has been a success.

Thank you for your time and interest. We applaud your dedication to learning more about the field of strategic cybersecurity.

Quiz Question 1: Which of the following is considered the foundational element of a quantum computer?

The answer is A: Qubit.

Quiz Question 2: Which of the following best describes why knowing an adversary's domestic policy may help increase our cybersecurity?

A: It allows our country to better target our economic assistance and lessen the need for adversary nations to resort to theft.

B: It helps increase familiarity between us and our adversaries.

C: Knowing what economic sectors our adversaries are looking to develop will help both our public and private organizations identify and better protect the types of data most vulnerable to theft.

D: It allows corporations in our country to better target adversaries for the legitimate purchase of their products.

The answer is C: Knowing what economic sectors our adversaries are looking to develop will help both our public and private organizations identify and better protect the types of data most vulnerable to theft.

The activity for this module asks that you write a one-page reflection on how this course has informed your thinking on the following issues:

Back to: Module 1: Cybersecurity: An Interdisciplinary Approach. 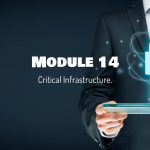 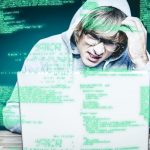